Veronika J. König (*1997 in the Black Forest), studied in Vienna, swapped black metal and punk for the computer while still in her teens - FARCE was born. First EP and concerts in Vienna's underground, discovered by journalist Katharina Seidler, nationwide airplay on FM4. In 2018, the Austrian festival hat trick of Popfest, Donaufestival and Hyperreality, with the album 'Heavy Listening' attracting Europe-wide attention. FARCE remains experimental, but becomes more refined, more accessible. 2020 brings the next release, Trauma Bounce, which makes it into the FM4 charts and worldwide radio, as does the single “Déjà Vu” with Aether Kombo, which becomes a No. 1. Collaborations with Fauna, Clara Luzia, Aether Kombo, most recently "thee silence" - an instantly iconic, esoteric, rhythmic duet with Soap&Skin. FARCE is (co-)producer of acts like Anthea, Sakura and Juno Lee. At home in the feminist underground as well as the international avant-garde, König is passionate about promoting young talent in the queer music scene. In May 2022, the new album 'Not To Regress' has seen the light of day, eliciting a tear of emotion even from the stone cold walls of St. Stephen's Cathedral.

The two singles "Trophy Wife" and "Mama Morgana" managed to stay in the FM4 radio charts for several weeks. In July FARCE headlined her biggest show so far at Popfest Vienna in front of around 8.000 people. As FARCE’s artistic development continues to grow, so does her fanbase and impact on the music market. König just recently won the XA Award at Waves Vienna which greets the musician at just the right moment in their career – to add momentum to the already rising wave FARCE is riding, as well as to help louden the bang of the latest album. In 2023 FARCE will be performing at different partner festivals and showcases all around Europe. 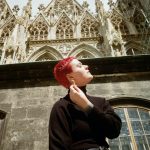 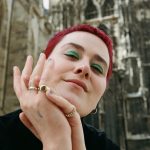 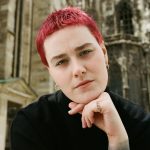 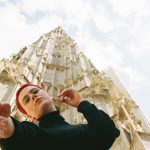