Nostalgia: it’s a fickle beast, isn’t it? Everyone loves music that evokes a strong sense of days gone by, but stare through those rose-tinted glasses too long and you lose the magic of the present. With their brand new sophomore album, Patina, Toronto-based indie pop band Tallies have found a way to expertly walk that razor-thin tightrope, nodding to their favorite bands of the past while transforming their sound into something tight, bright, and undeniably fresh.

Tallies started in earnest when singer Sarah Cogan, guitarist Dylan Frankland, and drummer Cian O’Neill began collaborating in late 2017.A proto-version of the band began at Algonquin College, when Sarah met Dylan during a music engineering course that saw the two become lab partners. All throughout their career, they’ve dove into the bands that would influence their sound–the Sundays, the Smiths, Aztec Camera–all while adding their own signature elements; Sarah’s airy-yet-arresting vocals, Dylan’s stunning gossamer guitar work, Cian’s astronomic drumming.

They got down to business rather quickly, as in 2019, their debut self-titled album was released on Hand Drawn Dracula in Canada and Kanine Records in the United States. Solidifying the band’s stature as Canada’s leading dreampop scholars, its mix of upbeat pop hooks and heady, larger-than-life production won the band critical acclaim from the indie underground to the mainstream alike. They began work straight away on a second record, which would prove to be an even more life-affirming endeavor than their debut.

All albums are labors of love by definition of the term, but the recording of Patinawas particularly challenging at points. In the throes of the pandemic, was torn between the pressures of writing a record in lockdown, and using all the extra time they had to polish and refine what they had already begun. It was during this process that Tallies began a working friendship with one of their musical heroes—Simon Raymonde, ex-Cocteau Twins bassist and founder of Bella Union, caught wind of Tallies and made it his mission to sign the band. Through transatlantic phone calls, Tallies were able to deeply connect with a member of one of their favorite bands; “a light at the end of the tunnel,” explains Sarah.

The juxtapositionof light and dark is a strong theme in the music of Tallies. While many of their tunes are upbeat, with Dylan’s breezy guitar lines drenched in reverb, soaring over Cian’s propulsing drumbeats, Sarah’s lyrics can add a hint of shadow to even their most jangly tunes. Patina’s first single, “No Dreams of Fayres”, speaks of a severe depressive episode during Sarah’s teen years that was mirrored during the making of the album, and elsewhere on the album, “Hearts Underground” describes the slippier side of personal relationships over effervescent indie pop—undercut, of course, by a deliciously discordant guitar solo. “I think that's an interesting part about the music,” says Dylan about these sonic contrasts. “There are these conflicting elements. The music can be upbeat, but you're talking about the realities of life.”

In addition to itstight songwriting and composition, Patina’s lush soundscapes were produced by Graham Walsh of the stalwart art-rock band Holy Fuck (who has also helmed records by Alvvays, Metz and Bully). The album also features Grammy-nominated cellist Michael P. Olsen (Arcade Fire, Drake) and percussionist Peter Anderson (The Ocean Blue), who also contribute the leveling-up of Tallies’ sound. Another standout track, “Wound Up Tight” takes the group in a heavier direction than ever before. It’s true to their sound, but represents a step up, a conscious evolution.

There we are again: that balance of nostalgia and forward-thinking that Tallies do so well. Yes, they are holding the torch high for the dreampop fans, but have put in the work to appeal to alternative music fans of all ages. The title of the album’s closer says it all: “When Your Life Is Not Over” an ode to looking towards the future, not back into the things that defined you, but forwards into what you have the power to create. And for Tallies’ it’s clear that there’s much, much more of that to come. 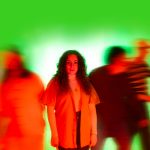 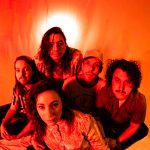