In an age of co-​writers, overnight stars and flashy streaming site playlists, Tess Parks stands alone as an independent force of natural design. Equal parts musician, poet, songwriter and front woman (to her band of the same name), Tess has steadily etched her name into the underground rock n' roll hall of fame.

Over the years, Tess has compiled over 70 books of poetry (from which she draws her lyrics from), released three critically acclaimed records, toured internationally to sold out clubs over and again, and earned the loyalty of a fanbase only a cult-leader would be capable of.
She has already received all of the validation a young artist could yearn for, from industry nods worth their weight in gold to supporting  and sharing the stage with some of rock music's greatest heroes (Paul 'Bonehead' Arthurs, Ride, Jesus and Mary Chain, The Dandy Warhols, etc). With all of that said, it seems as if Tess is only on the verge of releasing her masterpiece (or masterpieces). Perhaps this is what the legendary tastemaker and creative force behind Creation Records, Alan McGee, saw in Parks when he signed her to his label, 359 Records.

With McGee's support, she released her debut, ‘Blood Hot’ in November of 2013 to critical success and instant approval as the "new queen of cool."

'Blood Hot' is inimitably confident. It's slow and psychedelic at times, while being loud and ready to fill a stadium at others.  There isn't a moment on the album that isn't relatable or that doesn't ring to the tune of a timeless classic to be talked about for years to come (the same way people discuss The Velvet Underground or My Bloody Valentine records today).

It's no wonder that her and rock prophet Anton Newcombe, leader of The Brian Jonestown Massacre, joined forces for her next two records.
The first record, 'I Declare Nothing', was released in June of 2015 on Anton's label 'a Recordings'. You can hear both Tess's natural proclivity for honest lyrics and Anton's signature guitar tones drenched all over the record.  Unsurprisingly, the album received rave reviews from fans and critics alike. They toured the album to thousands of adoring fans and Tess won over everyone who hadn't already accepted that the torch had been passed.

Parks went on to collaborate further with Newcombe, writing and performing several songs for Brian Jonestown Massacre records, including 'Pish', 'Third World Pyramid’ and 'Dropping Bombs On The Sun', as well as lending her vocals to the revisited classic 'Fingertips'.

The self-titled follow up, 'Tess Parks and Anton Newcombe', released in October 2018, received the same notoriety and acclaim as its predecessor.

The music also translates immaculately to her stage performance. And there's no secret to the success.  On stage, there is reverence for Parks.  When she sings, the crowd is silent.  You could hear a needle drop.  That is until Tess breaks into some charming banter like, "Fuck yeah! We're alive. And we won't always be." If you were in fact able to take your eyes off of the stage, you would see a sea of people under a spell.

The cult like following has turned into a movement. And Tess is gladly leading us all back into that space within ourselves, both deeply personal and entirely universal. Incredibly relevant yet timeless. Cool and anti-cool. An enigma that doesn't need solving. Tess Parks is as she's always been. Her best work is already out there. And her best yet is still to come. 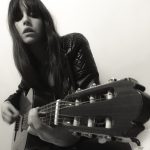 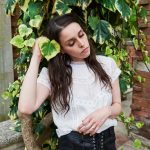